it includes the Polish section of the Table Mountains (Góry Stołowe), which are part of the Sudetes range. 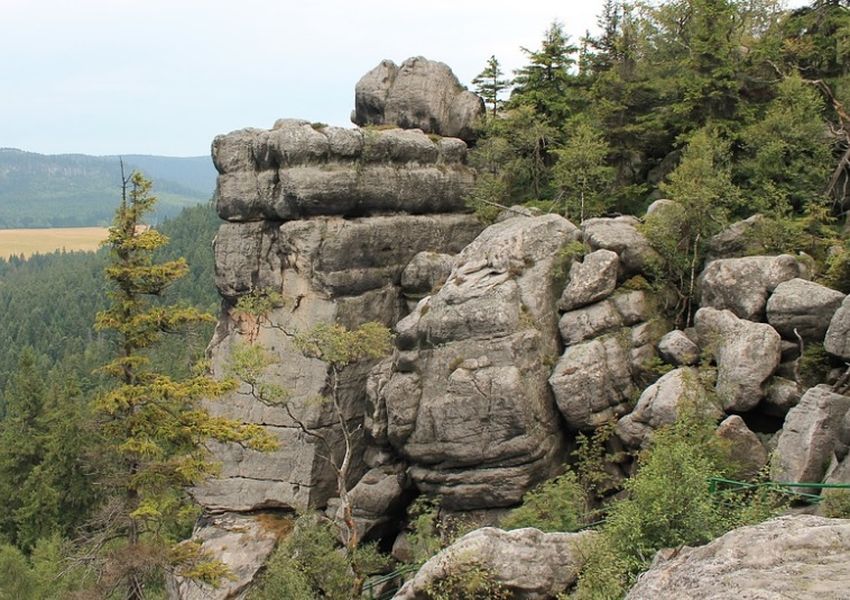 The Table Mountains landscape started to form 70 million years ago. The range's unique shape is a result of hundreds of thousands of years of erosion. There are several notable rock formations, among them Kwoka ("Hen"), Wielblad ("Camel") and Glowa wielkoluda ("Giant's head"). Also, there is a sophisticated system of corridors which creates rock labyrinths.

Currently plant life is mostly made up of spruce, which was introduced to the area on the turn of the 19th century to replace pristine beech and fir forests, which had been cut. Natural woodland is scarce and covers only around 3% of the forested areas. There are peat bogs, one of which (area 393,000 m2) was listed as a strictly protected area in 1959.

In the forested areas of the park there are deer, red deer, wild pig, squirrels, hedgehogs, many birds and reptiles including lizards and adders.
The history of the Table Mountains is closely connected with the history of the Kłodzko region, located on the borderland of Silesia, Bohemia and Moravia.

After Hussite wars of the 14th and 15th century, the area thrived and later on first spas at Kudowa, Duszniki and Polanica were opened. Duszniki is also a center of paper production one of the first paper mills in Europe was opened there in 1605.