Ryn - The castle of the Teutonic Knights

in 1393-1525 the castle was a seat for the local district of commandery , and one of the first commanders appointed to administer the castle and the district was Konrad Wallendrod, a future Grand Master of the Teutonic Order. 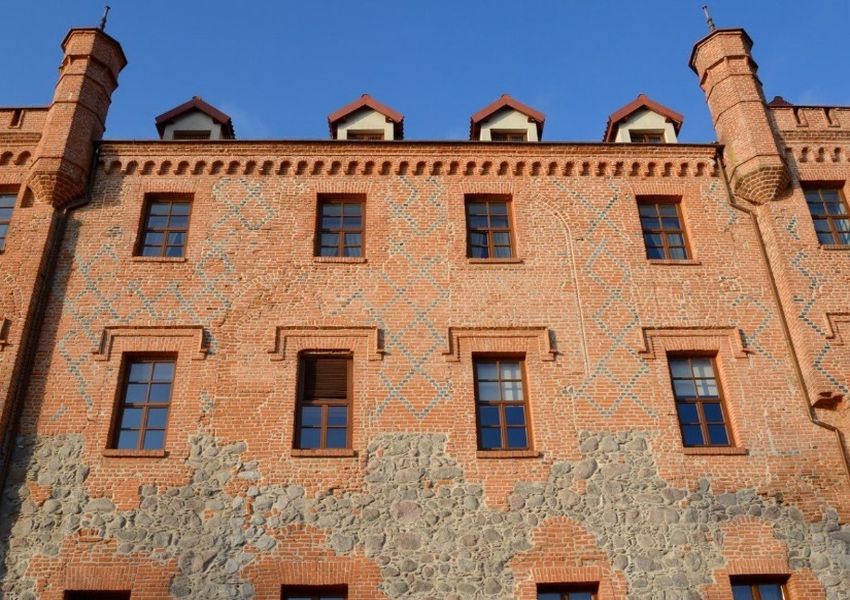 Despite its strategic location, thick walls and massive construction, the castle surrendered to the siege held by the Prussian Association in the mid-15th century. Any surviving knight, which was caught escaping from the castle was mercilessly drowned in one of the two lakes or in nearby swamps. Less than a year later the castle returned to the Teutonic Knights, having been recaptured by mercenary troops.

As the castle grew in stature, so did the settlement outside its walls. It later gave rise to a town, first by receiving a right to hold regular markets, which largely aided its growth. In the 16th century Ryn became a centre of administration and settlement action for the nearby lands. When the Order of Teutonic Knights had been dissolved, the town was designated an administrative capital for one of the districts in Ducal Prussia.

Unfortunately, a raid of Tatars in the mid-18th century dispelled dreams of further development. The attackers took some of the town's inhabitants as prisoners and slaughtered the others, plundering and burning the houses. The castle was the only surviving building in the whole town. Half a century later an outbreak of bubonic plague caused such great loss of human lives that many of the villages around Ryn were completely depopulated. Those who were not struck by the disease searched for hiding in the forests.

In 1723 Ryn was granted a town's charter. This move was to help the town's reconstruction and stimulate its growth. New settlers arriving in Ryn were offered many privileges - they were given land to build new houses, they could lumber wood for the construction of a house also free of charge and they were refunded one third of the costs of the construction works.