located in eastern Poland, in Lublin Voivodeship. It protects the most valuable natural areas of the middle part of the Roztocze range. 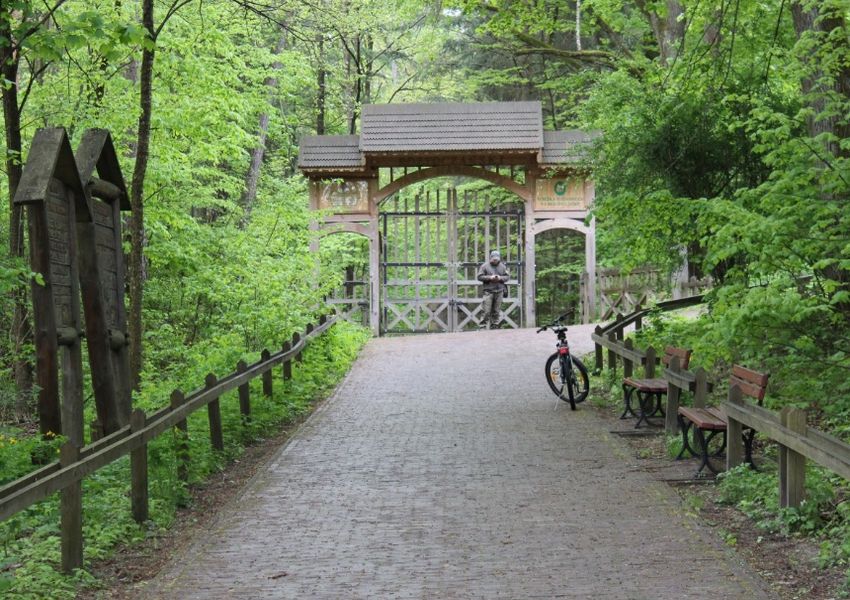 The beginnings of nature protection in the region date back to 1934, when the Bukowa Góra Preserve was created (now it is a strictly protected area). In 1938, for the first time in Poland, a bill was issued which stated that prey birds on the area of the Zamoyski family estate were protected. The Park itself was created from State Forests of Districts of Kosobudy and Zwierzyniec, which had belonged to the Zamoyski family estate. The Park is located in a picturesque Roztocze Środkowe Region, in the upper Wieprz river valley. These parts separate Lublin Upland (Polish: Wyżyna Lubelska) from Sandomierz Dale (Polish: Kotlina Sandomierska).

Water of the main river running through the Park - the Wieprz - is of the second class of purity. There are also two streams which originate in here: the Szum (2.5 km) and the Świerszcz (7.5 km). It must be mentioned that Roztoczański National Park boasts unique tree formations. There are more than 400 so-called "nature monument" trees and the Park's firs are among the largest in Poland (up to 50 meters in height).

The idea of creating a National Park in the Polish part of Polesie first appeared in 1959. Over the following years a few preserves were organized here, and in 1982 the government announced the creation of Poleski Park Krajobrazowy (Polesie Landscape Park). 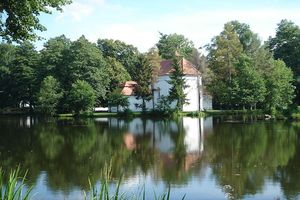 Currently, even though Polesie's infrastructure is quite well developed, it is rarely visited by tourists. In the village of Załucze Stare there is a cultural center with a museum.
The National Park and neighbouring areas form the West Polesie biosphere reserve, designated by UNESCO in 2002. This is adjacent to a similar reserve on the Ukrainian side of the border. The Park is also protected under the Ramsar convention as an important wetland site.

Of the plant species, the greater part is made up of boreal plants, typical of other parts of northern Europe, but there is also some Atlantic flora, as it lies on the border of these important plant regions. The region which is particularly rich with flora is the Bagno Bubnów. Animal life is abundant, including 21 species of fish, 12 species of amphibians, 6 species of reptiles and up to 150 species of birds (including several endangered eagles). Out of 35 species of mammals, one can point out otters, elks, beavers and bats.

The ecosystems of swamps and peat-bogs, which dominate the park's landscape, are considered very delicate and can easily be influenced by several outside factors. Some unfortunate changes were made by draining swamps, which took place years ago. However, the most important threat to the life of the park is its proximity to the Lublin Coal Basin, which is located less than 2 kilometers from the park's protective zone.
Among mammals living in the Park are: red deer, roe deer, boar, red fox, grey wolf and eurasian badger.

In 1979 European beaver was reintroduced and now colonies of the mammal thrive in the Wieprz valley. In 1982 Polish ponies were brought here. Also, there have been registered around 190 species of birds, including eagles, storks and woodpeckers. Reptiles are represented by lizards, the common european adder and grass snakes as well as endangered European pond terrapin. Also insect fauna is interesting, with more than 2000 species.