Sztum - The castle of the Teutonic Knights

in 1236 the fort was captured by the Teutonic Knights. Until the end of the Thirteen Years' War (1453-1466) Sztum Castle was a seat of the local Teutonic Order official. The earlier earth and timber fortifications were replaced in the early 14th century by a stone and brick stronghold. 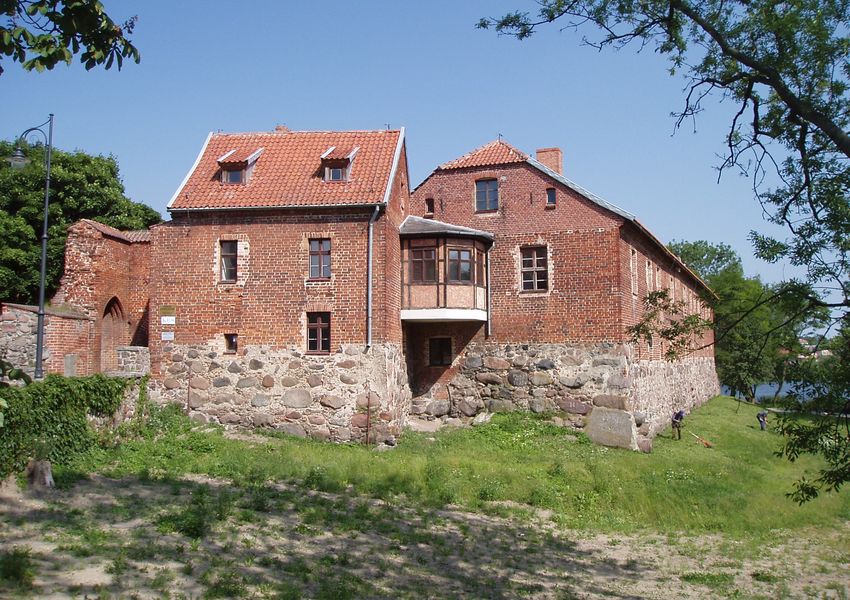 Perfectly situated and well fortified, the castle in Sztum served as a military base for crusaders staging wars against pagan Lithuania. In 1377 Archduke Albrecht Habsburg stayed at the castle, leaving his family colour as a gift of gratitude to the Sztum administrative district. He also commissioned to build a monumental castle tower, since then known as the Albrecht Tower.

During the Great War between the Teutonic Order and the Kingdom of Poland and Duchy of Lithuania (1409-1411), Sztum was occupied by the Polish army marching from Grunwald (Tannenberg) towards Malbork. After the unsuccessful siege of the capital of the Teutonic state, the Polish corps which stationed at Sztum Castle for three weeks defended the fortress against attacks staged by Teutonic Knights. Eventually, they obeyed the order of the Polish king, Władysław Jagiełło and surrendered the castle.

Since 1416, following some extension, the castle became a summer residence of the Grand Master of the Order. In the same year, a settlement located on a nearby river islet was granted a town's charter by the Order's Grand Master, Michael Kuchmaister von Stemberg.

During the Thirteen Years' War, the Polish troops unsuccessfully besieged the castle for six weeks. It was not until the 6th of January 1468 that the Teutonic Knights left the castle. On the same day, Ścibor Bażyński, whose family would later lease the castle and the town until 1503, was appointed head of the Sztum district. 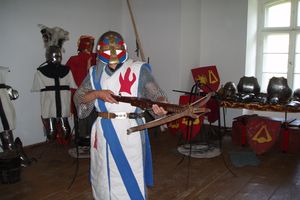 Among his successors in the office was the bishop Lucas Watzenrode, Nicolas Copernicus's uncle, the family of the Cems, well remembered in the history of Pomerania (1530-1636) and the family of Bielińskis, who governed the land from 1724 to 1772.
During the Swedish wars in the 17th century, the castle and the town of Sztum were badly damaged due to military actions and frequent marches of troops.

After the battle of Trzcian, lost by the Swedes, their monarch Gustav Adolf found a refuge in Sztum Castle. On the 12th September 1635 a truce between Poland and Sweden was signed in Sztumska Wieś, a village near Sztum. Today, the event is reminded by a memorial plaque placed at that site. During the

Swedish Deluge (1655-1660) the town fell into poverty, which was compounded by a great fire of 1683, when even the town hall burnt down. The Mayor of Sztum, Peter Mogge, offered one of his surviving townhouses to be used by the town council and the Lutheran congregation (which had previously held their religious services at the town hall).
The Sztum Centre of Culture