is a city in northern Poland. It is the capital of Elbląg County and has been assigned to the Warmian-Masurian Voivodeship since 1999. 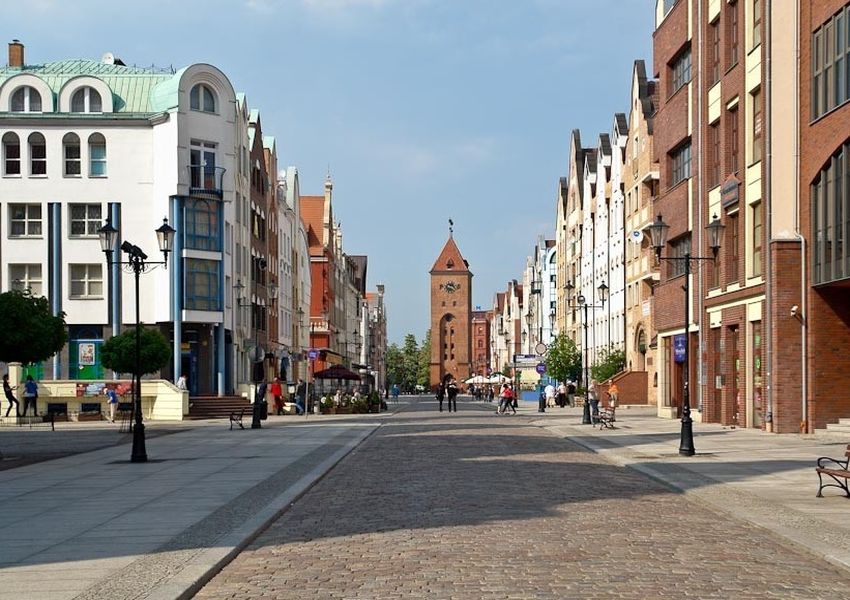 Is a city in northern Poland. It is the capital of Elbląg County and has been assigned to the Warmian-Masurian Voivodeship since 1999.

The city is a port on the river Elbląg which flows into the Vistula Lagoon about 10 km to the north, thus giving the city access to the Baltic Sea via the Russian-controlled Strait of Baltiysk.

It was first mentioned as "Ilfing" in The Voyages of Ohthere and Wulfstan which was written in Anglo-Saxon in King Alfred's reign using information from a Viking who had visited the area.

During the Middle Ages, the Old Prussian settlement of Truso was located at Lake Drużno near the current site of Elbląg in historical Pogesania; the settlement burned down in the 10th century. The Teutonic Knights conquered the region and the inhabitants dispersed in the process.

The Teutonic Order built a castle and founded Elbing at the lake with a population mostly from Lübeck; today the much smaller lake does not reach the city any more.

After the defeat of the Teutonic Knights and the destruction of the castle by the inhabitants, the city successively was under the sovereignty of the Polish crown (1466), the Kingdom of Prussia (1772), and Germany (1871). Elbing was heavily damaged in World War II, its German citizens were expelled upon the war's end. The city became part of Poland in 1945 and was repopulated with Polish citizens.