you can see traditional wooden cottages here, past cemeteries or their remains, historic Orthodox churches and chapels which together with the picturesque mountains create the unique climate. 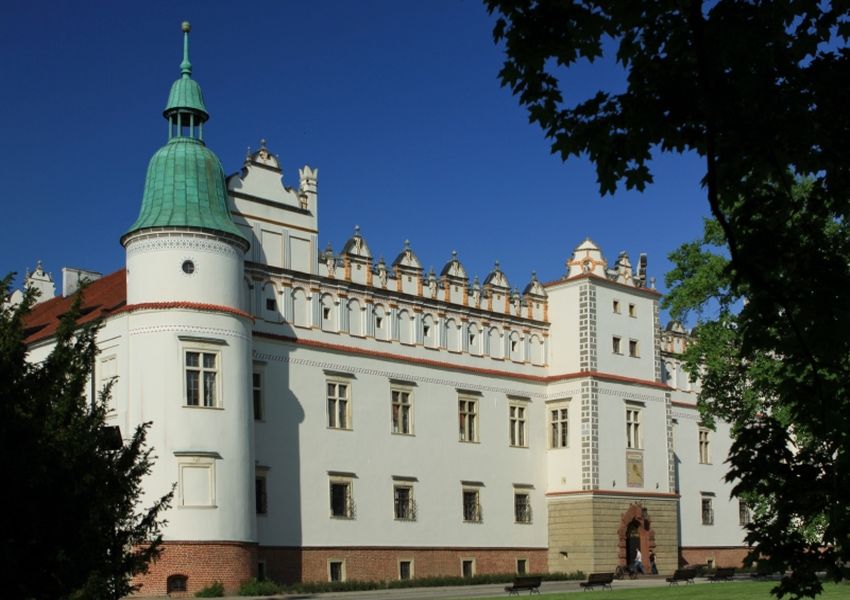 Most of them was gathered in the open-air ethnographic museums, including the Folk Building Museum in Sanok the biggest one,as far as the area is concerned, in Poland. They have also become the inspiration for the Wooden Architecture Trail.

The wooden architecture trail is  3037 km, where 9 trails with the whole length of 1202 km go through the podkarpackie voivodeship area. Together it is 448 buildings in all voivodeships, and 127 buildings in Podkarpackie.

Two of them: the church in  Haczowa  from XV century, the oldest wooden church in Poland and at the same time the biggest wooden church in the Gothic style in the world, but also the rectory complex in Blizne with the wooden church from XVI centrury with the polychromy presenting the unique, so called the plebeian bible they were registered on the list of the World Cultural and Natural Heritage  UNESCO.

The other most valuable sacred monuments of podkarpackie voivodship is: built in stone, defensive Orthodox church in  Posada Rybotycka, from  XV century and the oldest in Poland, monastic Orthodox church in  Ulecz from 1510 with the unique polychromy from  XV and XVI centuries.

There are places in Podkarpackie that cannot be ommited, they have to be seen because they are unique in many ways: they were witnesses of important  events, and their traces survived until today; because the view spreading from that place can not be described with words; because the human has created something big there.

There is a unique Hitler bunker in Stępino (gmina Frysztak, Strzyżowski poviat),  it is the only one in Europe, built by Germans during the World War II. There is the biggest and the most striking collection of kerosene lamps in Europe in Podkarpackie Museum in Krosno.

There are lots of these kinds interesting things in the region, among others early medieval, monumental fortified settlement in Trznica, it is one of the most important and best preserved archeological monuments in Poland. It is going to be the archeological open - air ethnographic museum Carpathian Troy in three years' time. Info. Poland.gov.pl