is often described as the cradle of Poland. The land hosts the oldest material foundations of the State, which are systematically uncovered and researched by archeologists. 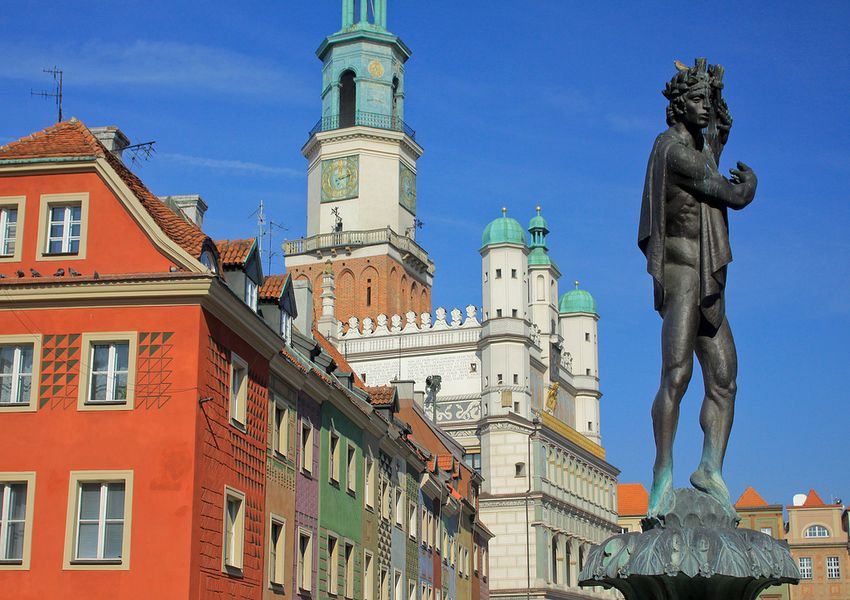 The cathedrals in Gniezno and Poznan attract those who seek pleasure in unraveling the history of the region the former witnessed the coronation of the first Polish kings, whereas the latter is known as the necropolis of the first Piasts.

Sightseeing in Wielkopolska allows to admire the impressive accumulation of historic monuments gathered here over the millennium. e oldest of them are dated at the latter half of the 10th century, the times when Poland converted into Christianity and was influenced by the architectural tendencies of the West.

Each subsequent epoch left an indelible mark on the land, embodied in magnify cent churches, charming country manors, castles and palaces as well as town halls, located in the old market squares of Wielkopolska's towns and cities.

The region is also famous for, often unique, museums, heritage parks, archeological reserves and museum houses, fostering local traditions. Wielkopolska region is also the land of lakes and woods which may serve as a shelter from everyday mundane city rush.

Wielkopolska's topographic profit le, is typically lowland, yet far from monotonous; the region is massively diversify end by rivers, natural post-glacial lakes (over a thousand of which is bigger than a hectare and suitable for practicing water sports), moraine hills providing unforgettable views and, also, extensive woodlands.

The is verdant countryside stretches over a quarter of the region's surface. Poznan, the city inhabited by almost 600 000 citizens, is the capital of Wielkopolska, and, simultaneously, one of the pivotal points in Western Poland in terms of business, trade, science, culture and tourism.