is located in the northern part of Poland, in Chojnice County in Pomeranian Voivodeship, in the heart of the Tuchola Forest, the largest woodland in Poland. 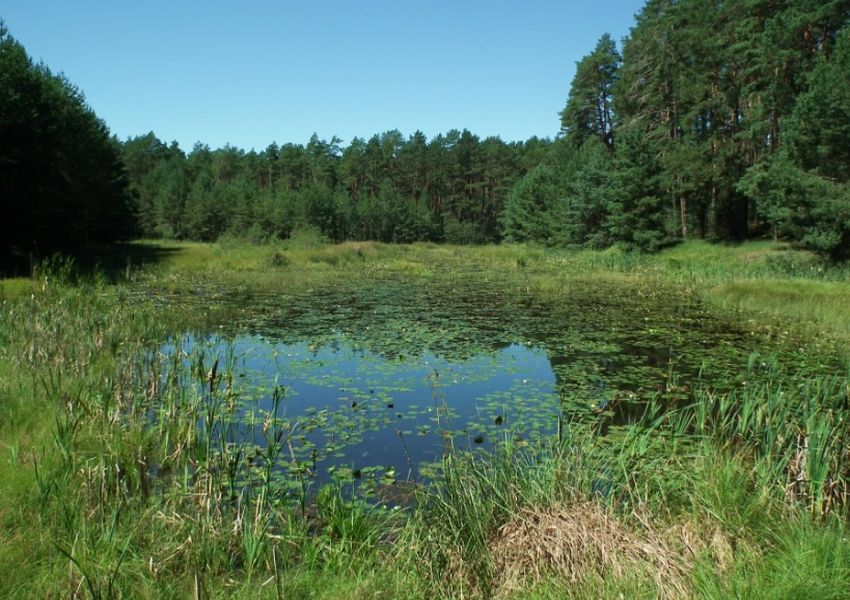 It is surrounded by a larger protected area called Zaborski Landscape Park. The Park forms the core of the Tuchola Forest Biosphere Reserve, designated by UNESCO in 2010.

The area of the Tuchola Forest was shaped by the Scandinavian Glacier; for the most part, it is covered by sandy plains. These plains are diversified by numerous dunes and lakes. The lakes are long and narrow, creating long channels, of which the longest is 17 km. The soil in the park is of poor quality.

There are more than 20 lakes in the Park, some of them are pristine, of crystal-clear waters (e.g. Gacno Wielkie and Male, Nierybno, Gluche). Numerous species (around 25) of fish can be found here as well as European beaver.
The national park is a heaven for birds - there are 144 species of them, including crane and eagle owl. The symbol of the Park - wood grouse - until recently was common in the area, especially in the Forest District of Klosnowo. Now, authorities of the national park, plan to reintroduce this bird. A particularly important part of fauna are bats - several species of them thrive in the Park.

Most important tourist centers of Tuchola Forest are located by the Charzykowskie and Karsinskie lakes. In recent years agro-tourism has become popular - e.g. in the village of Swornegacie. The Brda river is a kayaking trail.
Charzykowy is famous as the birthplace of Polish inland yachting.

Lake Charzykowy offers good yachting conditions, both in summer and in winter. There are several bicycle trails which let tourists get acquainted with Tuchola Forest's attractions. Moreover, the Tuchola Forest is crossed by numerous walking trails - among them the Kaszubski Trail from Chojnice to Wiela.