is located in Lower Silesian Voivodeship, along the border with the Czech Republic. 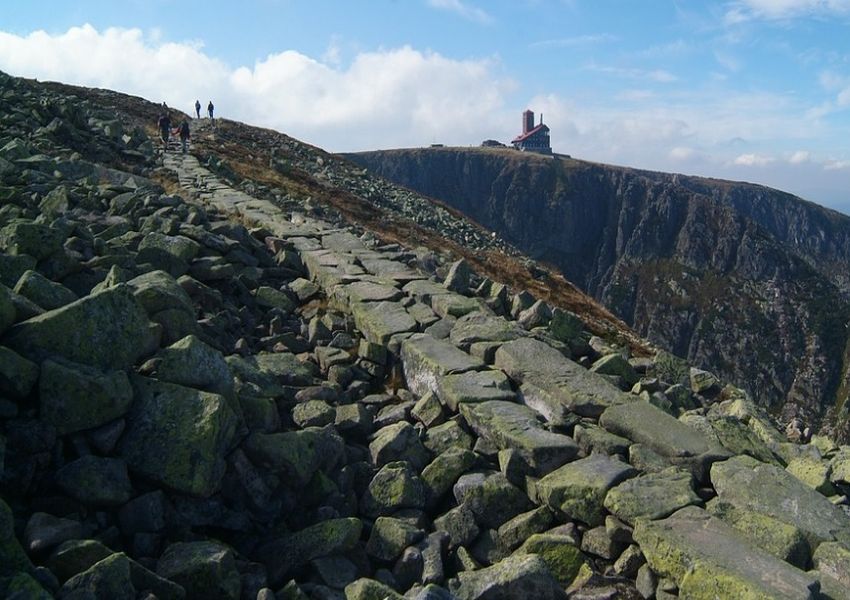 In 1992 Karkonosze National Park, together with the neighbouring Czech Krkonoše National Park, was designated as a biosphere reserve under UNESCO's Man and the Biosphere (MaB) programme. Also 40 hectares of peat bogs are designated a Ramsar international wetland site.

The Karkonosze Mountains are the highest range of the Sudetes. Its highest peak - Śnieżka, at 1,602 metres (5,256 ft) above sea level) is unique in its rounded, treeless cap and it stands in sharp contrast to other, lower peaks.

The Karkonosze Mountains are situated on the division of the European water system - it divides the basins of two rivers the Elbe and the Oder which means that it separates the basins of the Baltic Sea and North Sea. Many of the Karkonosze's streams come down the hills, creating waterfalls, the largest of which in the Polish part of the mountains (300 m) is created by the Łomniczka stream.
There are about 100 various birds living in the park, the most numerous of animal species living there.

In the higher parts of the mountains there are fewer species of them; in the lower levels there are 100 varieties, but in the peaks there are not more than 10. The park has four species of fish, six species of amphibians, and five species of reptiles.

The park's attraction are mouflons, brought here at the beginning of the 20th century.
Karkonosze National Park is visited by more than 1.5 million tourists yearly. They can use 112 kilometres of walking paths, 10 ski lifts and 12 guest houses. The Park has its headquarters in the town of Jelenia Góra.