Silesian Churches of Peace in Jawor and Świdnica

were named after the Peace of Westphalia of 1648 which permitted the Lutherans in the Roman Catholic parts of Silesia to build three Evangelical churches from wood, loam and straw outside the city walls, without steeples and church bells. 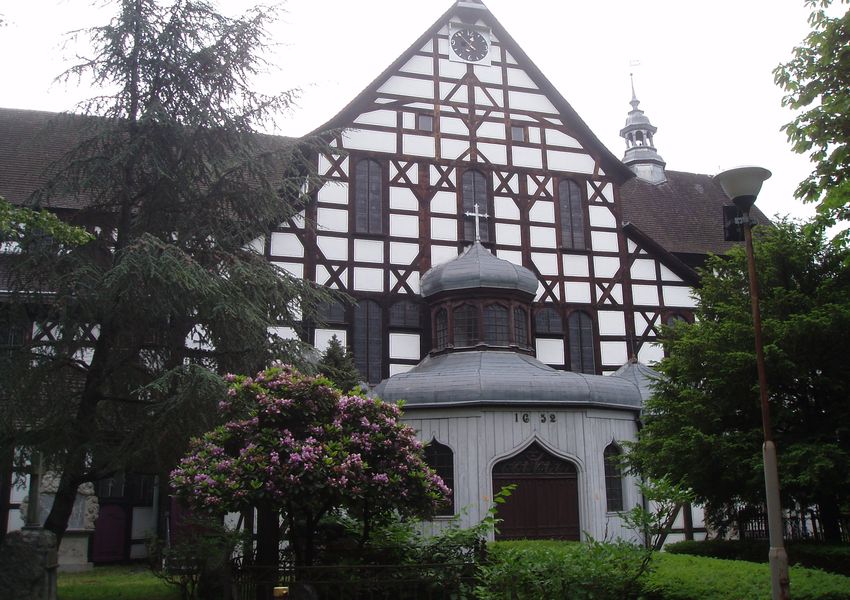 It was constructed by architect Albrecht von Saebisch (1610-1688) from Wroclaw (then German Breslau) and was finished a year later in 1655.

By that time, the town had been part of the Lutheran Kingdom of Prussia for about a century. Another 100 years later, in 1945, the town became part of Poland, as a result of the Potsdam Agreement.

The similar church, erected in Głogów (then German Glogau) burned down in 1758, but the one in Świdnica, under the invocation of the Holy Trinity, survived like the one in Jawor. Both were restored by a Polish -German cooperation, and recognized by UNESCO in 2001. Info: wikipedia