Gniew - The castle of the Teutonic Knights

in 1282 the Gniew Land was invaded by the Teutonic knights. It was their first possession on the left bank of the Vistula river and an important anchorage in their quest eastwards. The castle was built at the turn of the 13th and 14th centuries as a seat for a convent and commander. Under the rule of the Teutonic Order the castle was the main political and economic centre for the commandery, the basic organisational unit in the Teutonic state. 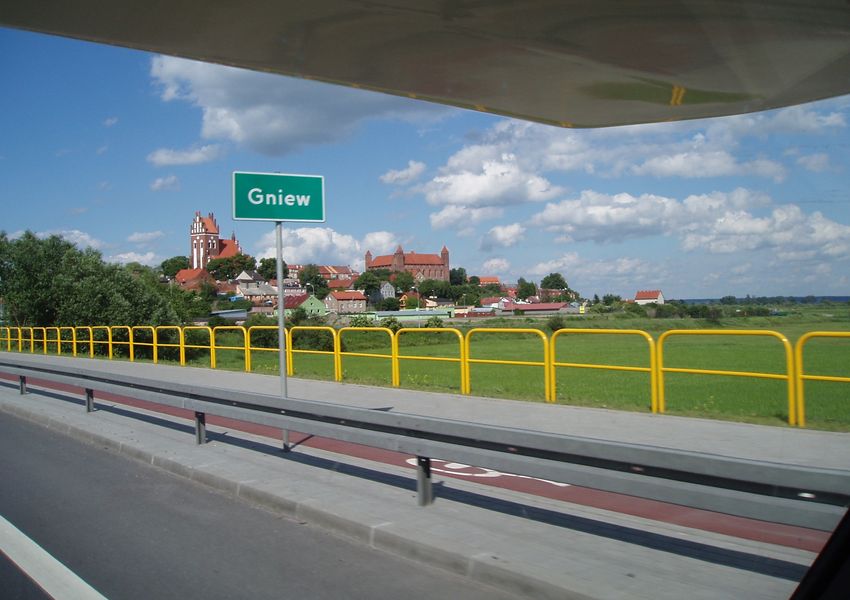 Although the town council enjoyed much independence, the Order's authorities took great care to rule their subjects. The strategic location, which enabled the knights to oversee the water and land trails, determined exceptional military character of the convent's house and fortifications of the town and castle.

The economic function of that space was reflected by numerous storehouses, stables, manors and breweries situated within the town, the port, near the castle and in the town's suburbs.

In the years when Gniew belonged to the Kingdom of Poland (1466-1772), the castle was a seat of a local governor known as starosta. The administrative district of Gniew was owned by the families of Radziwiłł, Zamojski and Lubomirski. In 1667 the Polish king, John III Sobieski became the governor of Gniew; he was succeeded in the office by his wife, Maria Kazimiera.

Following the first partition of Poland in 1772, Gniew and Pomorze Gdańskie were incorporated into the Kingdom of Prussia. The Prussian government commenced a broad-scale demolition or, at best, reconstruction, of most of the former Teutonic castles. Such was also the fate of Gniew castle. It was first intended for military barracks but since it was completely unsuitable for that purpose, in the early 19th century it was converted into granary. Another adaptation of the castle buildings took place in the 1850s when it became a high-security Prussian prison for hardened criminals.

During the adaptation, which coincided with the Romanticism evoking interest in history, the following works were accomplished: the vaulting of the chapel was reconstructed and the original lancet arches of several windows in the southern wall were restored, which greatly improved the view of the castle seen from that side. Two corner towers were also rebuilt. The Foundation of Gniew Castle