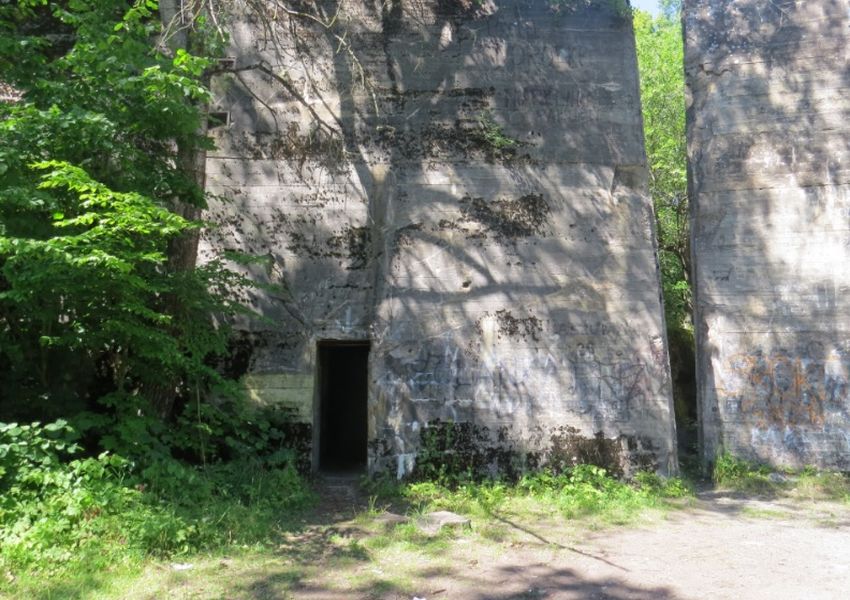 The complex, which was built for Operation Barbarossa, the 1941 German invasion of the Soviet Union, was located in the Masurian woods, about 8 kilometres (5.0 mi) from the small East Prussian town of Rastenburg, now Kętrzyn in Poland.

The original bunker system was constructed by Organisation Todt, but the later planned enlargement was never finished; the expansion work was stopped only a few days before the Russian advance to Angerburg (now Węgorzewo), only 15 kilometres (9.3 mi) away.
Hitler first arrived at the Wolf's Lair late on the night of 23 June 1941, and departed for the last time on 20 November 1944. Overall, he spent over 800 days there during that 3-year period.

The complex was blown up and abandoned on 25 January 1945, but many of the bunkers were so thick that their damaged walls and ceilings remain. The remains are located in Poland at the hamlet of Gierłoż (German: Forst Görlitz) near Kętrzyn.

The decision to build the Wolf's Lair was made in the autumn of 1940. Built in the middle of a protecting forest, and located far from major roads, the complex occupied more than 6.5 km2 (2.5 sq mi) and consisted of three separate security zones, the most important of which was Sperrkreis 1 (Security Zone 1), in which was located the Führer Bunker and concrete shelters of members of the inner circle such as Hermann Göring, Martin Bormann, OKW chief Wilhelm Keitel and "chief of operations" OKW Alfred Jodl. 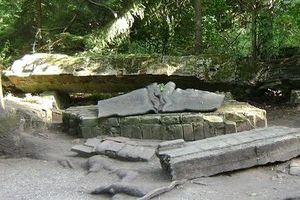 There were a total of ten bunkers in this area, all camouflaged and protected by 2 metres (6 ft 7 in) of steel-reinforced concrete. Hitler's was on the northern end, with all its windows facing north to avoid direct sunlight. Both Hitler's and Keitel's bunkers had rooms in which military conferences could be held.

Sperrkreis 3 (Security Zone 3) made up the outer security area of the compound, complete with land mines, special security troops and guard houses.
Close by was a facility for the Wehrmacht Operations Staff, and army headquarters was located several kilometres to the northeast of the FHQ complex. All these installations were served by a nearby airfield and train lines.
About two thousand people lived and worked at the Wolf's Lair at its peak, among them twenty women.