Castles of the Teutonic Knights in Poland

The Order of Brothers of the German House of Saint Mary in Jerusalem, commonly the Teutonic Order , is a Catholic religious order originally founded as a military order in the 12th century in Acre. Purely religious since 1929, it still confers limited honorary knighthoods. 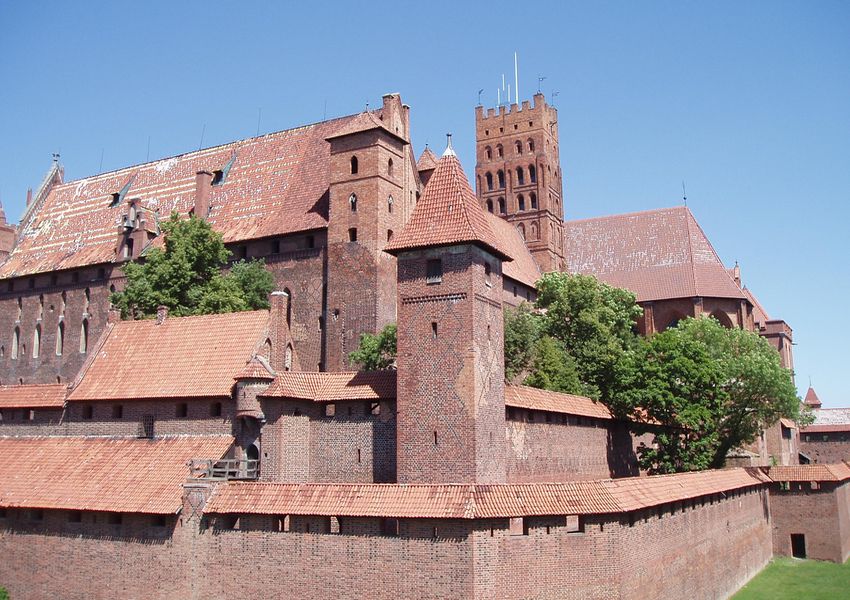 The order was formed to aid Christians on their pilgrimages to the Holy Land and to establish hospitals. Its members have commonly been known as the Teutonic Knights, having a small voluntary and mercenary military membership, serving as a crusading military order for protection of Christians in the Holy Land and the Baltics during the Middle Ages.

Formed at the end of the 12th century in Acre, in the Levant, the medieval Order played an important role in Outremer, controlling the port tolls of Acre. After Christian forces were defeated in the Middle East, the Order moved to Transylvania in 1211 to help defend the South-Eastern borders of the Kingdom of Hungary against the Kipchaks.

The Knights were expelled by force of arms by King Andrew II of Hungary in 1225, after attempting to place themselves under papal instead of the original Hungarian sovereignty and thus to become independent.
In 1230, following the Golden Bull of Rimini, Grand Master Hermann von Salza and Duke Konrad I of Masovia launched the Prussian Crusade, a joint invasion of Prussia intended to Christianize the Baltic Old Prussians.

The Knights had quickly taken steps against their Polish hosts and with the Holy Roman Emperor's support, had changed the status of Chełmno Land, where they were invited by the Polish prince, into their own property. Starting from there, the Order created the independent Monastic State of the Teutonic Knights, adding continuously the conquered Prussians' territory, and subsequently conquered Livonia.

Knights had a strong economic base, and so hired mercenaries from throughout Europe to augment their feudal levies, and became a naval power in the Baltic Sea. In 1410, a Polish-Lithuanian army decisively defeated the Order and broke its military power at the Battle of Grunwald (Tannenberg). However, the capital of the Teutonic Knights was successfully defended in the following Siege of Marienburg and the Order was saved from collapse.

In 1515, Holy Roman Emperor Maximilian I made a marriage alliance with Sigismund I of Poland-Lithuania. Thereafter, the empire did not support the Order against Poland. In 1525, Grand Master Albert of Brandenburg resigned and converted to Lutheranism, becoming Duke of Prussia as a vassal of Poland.