historically, the old chronicles characterize it as one of the most powerful cities of the early-Piast era. 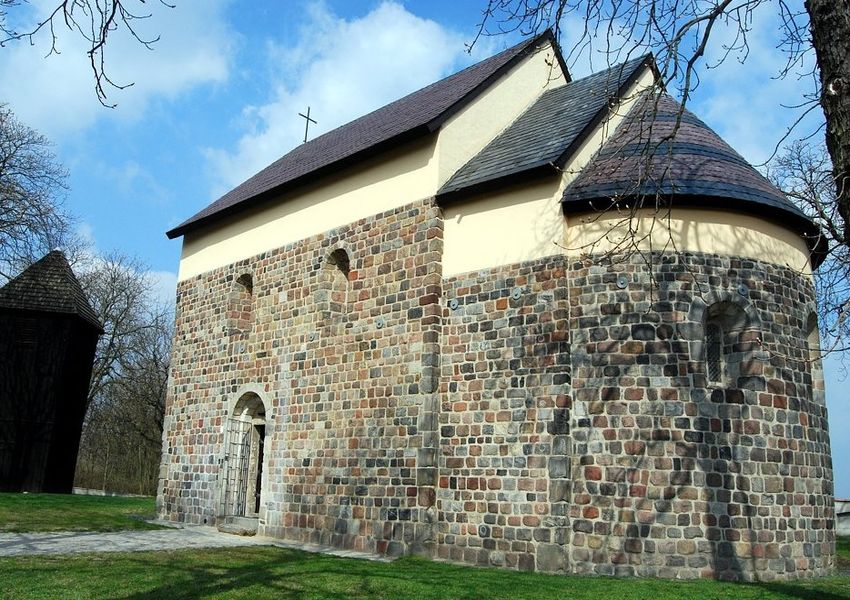 Its strategic relevance derived from the fact that Giecz was considered as a stronghold, shielding the early-Piast capital cities from the south.

It was founded between 850 and 950 as one of the fortifications built in the heart of the newly formed state. The construction of prince's palladium (the foundations of which strongly resemble the ones uncovered in Ostrów Lednicki), started in the late 10th century.

It was never finished, though.Rhe most recent archeological research has revealed that the construction of St John the Baptist's church was initiated at the term of the 10th and 11th century, shortly after Poland had converted into Christianity. Info: giecz.pl