is a picturesque region of the Baltic Sea coast, with many beaches, lakes and woodlands. Szczecin, Świnoujście and Police are important ports. 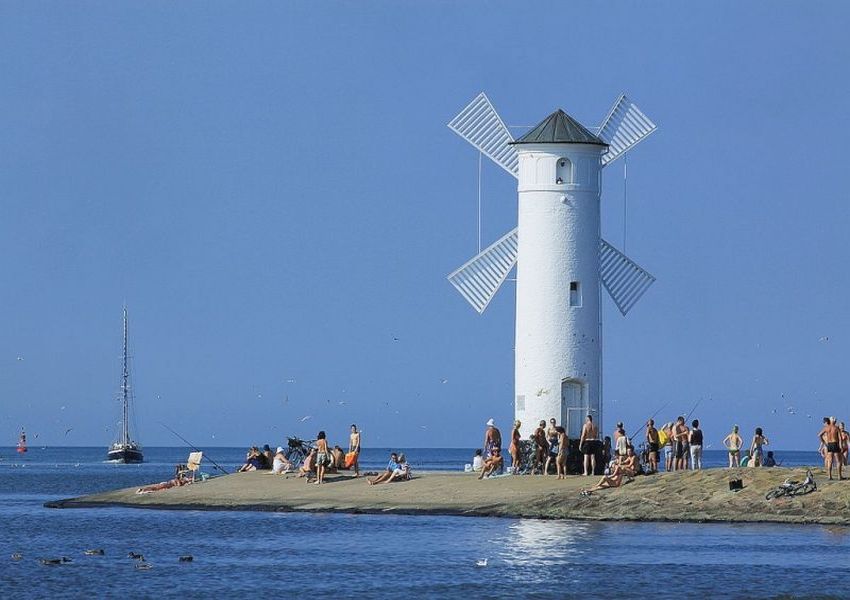 West Pomeranian Voivodeship is the fifth largest voivodeship of Poland in terms of area. Among the largest cities, of the region, are the capital Szczecin, as well as Koszalin, Stargard Szczeciński, and Świnoujście.

West Pomerania is considered one of the greenest regions of Poland, and one of the most attractive for tourists. It is characterized by incredible diversity of the landscape: beaches, hundreds of lakes, and forests full of wildlife (e.g. Wkrzanska Forest), spreading mainly up the hills of the glacial lakes areas.

West Pomerania is also rich in various forms and styles of architecture that were built during the Middle Ages as well as the Gothic, Baroque, and Renaissance periods.

There is a diverse repertoire of theaters, festivals, museums and galleries. During a few-day long annual Sea Festival in Szczecin, a number of free open air concerts take place. In Świnoujście during the summer, the FAMA Academic Youth Arts Festival takes place an event with several years of tradition, which attracts not only young people but also older alumni.

In Międzyzdroje, there is a Festival Of The Stars, which draws many popular actors. In Wolin, a Viking Festival takes place, which draws "Vikings" from all across Europe.
Another draw to the area is a wide array of health resorts. Brine and peloid, discovered in the 19th century, together with geothermal water resources, are popular attractions in Świnoujście, Kamień Pomorski and Połczyn Zdrój.