have been part of Polish territory from the 10th century, since the reign of Prince Mieszko I. This ruler of the state of the Piast dynasty with its capital at Gniezno was baptised in 966, thus bringing Poland into the sphere of Western European civilisation and the Roman alphabet. 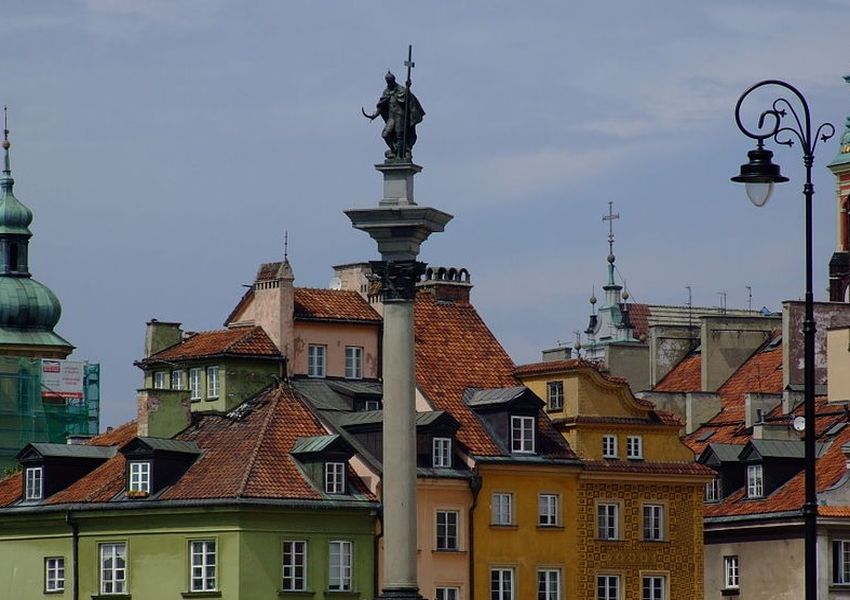 At that time, Mazovia did not yet belong to the country's major provinces. The far-reaching policies of the Piast dynasty focused first on Poznań, and later on Cracow.

In 1526, all Mazovian lands were incorporated into the kingdom of Poland, coming under the rule of the Jagiellonian dynasty. It was Poland's golden age: the 16th century Commonwealth of Two Nations was a union of two states: Poland (known as the Crown) and Lithuania.

At that time, a political system emerged in Poland known as a democracy of the gentry, with numerous freedoms for the nobility and an elected monarch; it was a unique phenomenon in Europe. The gentry were exceptionally numerous in Poland, accounting for 10 per cent of the population, and Mazovia in particular was a mainstay of the lesser nobility. The region benefited from its location at a crossing of trade routes, notably from the lucrative grain trade.

Thanks to its central location, Mazovia also began to perform administrative functions. In the 16thth century, half of Mazovia's population already resided in the capital. century, provincial diets of the nobility (sejmiki) began to be held there. In 1596, King Sigismund III Vasa moved the royal court from Cracow to Warsaw. In the 18
Following the partition of Polish territory by the neighbouring powers in 1795, Poland disappeared from the map of Europe. Mazovia fell under Prussian and Austrian rule. In 1807, part of Mazovia became the Duchy of Warsaw under a treaty between Napoleon and Moscow.

In 1815, Mazovian lands were incorporated into the Kingdom of Poland, falling under Russian rule. Following the suppression of two national uprisings (the November Insurrection in 1830 and the January Insurrection in 1864), the Kingdom completely lost its autonomy. Nevertheless, Warsaw and Mazovia as a whole remained a mainstay of Polish national spirit, and the place where modern Polish identity was formed.

Poland reappeared on the map of Europe as an independent state in 1918. In 1920, at the battle of Radzymin, also known as the miracle on the Vistula river, Polish troops checked the Soviet Army's advance westwards. At that time, Mazovia and Warsaw were growing dynamically. Between 1918 and 1939, the population of the region increased by 70 per cent. For Warsaw, full of charm and elegance, this was a time of particularly rapid expansion. Like Poland's other regions, pre-war Mazovia had a multiethnic population: at that time, 1/3 of Polish citizens belonged to ethnic minorities.

On 1 September 1939, Poland was invaded by Nazi Germany, and on 17 September by the Soviet Union. Warsaw and Mazovia, devastated by bombardments, fell under German occupation. A ghetto was created in Warsaw for the Jewish population, and an extermination camp was established at Treblinka. Hundreds of Poles were murdered in the Gestapo Pawiak prison, or sent to Nazi concentration camps. After the Warsaw Uprising of 1944, Warsaw was almost completely razed to the ground.

The scale of wartime devastation was so large that it was doubted whether it would be at all possible to reinstate the city as Poland's capital.
After World War II, Poland became a Soviet satellite state.

A number of industrial plants were located in Mazovia, including the Warszawa Steelworks and the Petrochemical Works in Płock. The region consolidated its position as Poland's central region, retaining, at the same time, its agricultural character and avoiding large-scale industrialisation.

In 1989, the eyes of the world turned to Warsaw once again. Round-table talks were held there in the wake of a peaceful revolution initiated by the Solidarity movement. These developments put an end to the cold war in Europe, and democratic governments were formed in Central European countries. 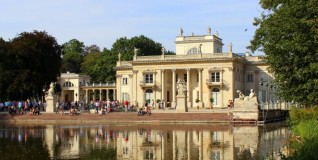 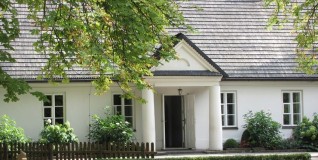 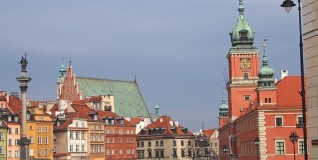