first information about the rise of town, on running there, the amber route, come from the Czech chronicler's notes  Kosmas from 981, according to which in place where the fortress stands today, came the wooden settlement, which with time reformed an important centre of cultural, social and spirituals life. 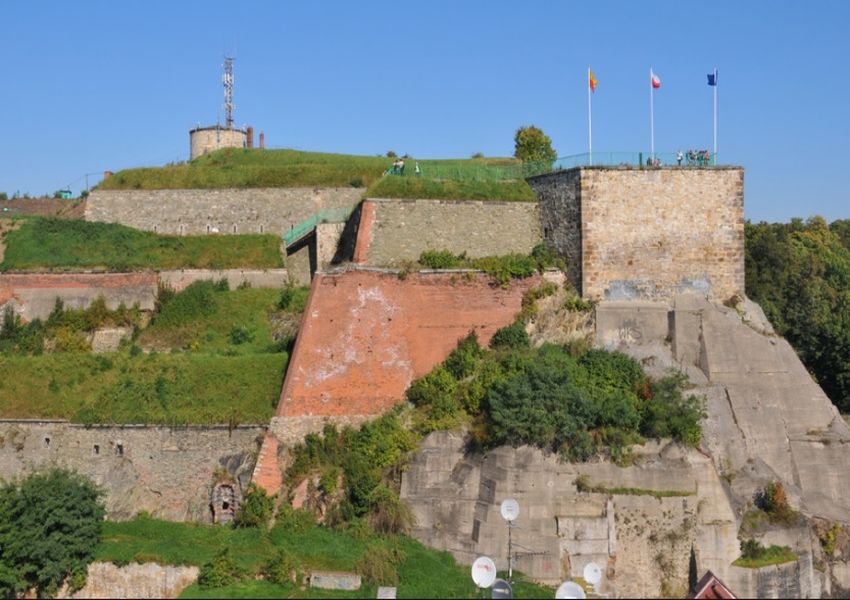 At about the year 1300 from wooden town, belonging to Czech rhodium Sławnikowicz, grew a splendid habitable residence. In the place of the Higher Castle there was the St. Martin's and Wacław's church as well as the chapel.

In 1557 the castle complex was replenished at so-called the Lower Castle, erected by duke's architect Ernest - Lorenz Krischke. In 1622 Austrians mastered in the town, which contributed with their workings to damage the buildings of fortress, executed modernization of castle giving it an useful new defensive character. In 1742 the town and the fortress were under Prussian rule.

In that time on the order of  Fryderyk the Great, the remainders of Renaissance Castel, chapels and church were removed. From this period comes the fort on Owcza Góra (Sheep Mountain) as so-called the distant fort.

The idea of such fort was borrowed from the fortress in Moguncja.
The construction was begun  in 1743 and it lasted about 19 years. It was the most important  point of tactical sight undertaking. Gerhard Cornelius de Walrawe (1692-1773), origin Dutch, was the main designer. He became famous with excellent acquaintance of French school of fortification. 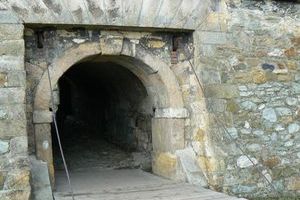 He worked at building and extension of fortresses in: Szczecin, Głogów, Nysa and beyond Polish territory in: Kehl, Magdeburg, Moguncja, Wesel. In Kłodzko Fortress and Fort on Sheep Mountain, Walrawe applied, such elements of fortification how: distant forts, anti - mine sidewalks and mining. The sidewalks of Main Fortress possess several levels and they have two bypasses. Their total length carries out 40 km. About 1 km was throwed open to sightseeing.

Since the moment of reconstruction of object by king Fryderyk the Great till 1945 the strongly fortificate fortress fulfilled the military part as well as the prison. In 1864,  the insurgents of Powstanie Stycznowe (January Rise) were placed in fortress. In 1870  the French prisoners taken to captivity in French-Prussian war were placed here. In the period of second world war, in 1940-1943 Fortress was the branch of camp - Gross Rossen. The war prisoners, deserters as well as suspicious about working on damage of the Third Reich were placed into.

In 1944 on the terrain of Main Fortress was opened the factory of armaments AEG (removed from Łódz). The parts of  bullets V -1 as well as electric apparatuses to under-water boats and aviation were produced there. In February 1945, in face of approaching front, Germans began the evacuation of the factory to Turingia.

The curiosity is the fact that situated on the forteress factory workers gave the satiric writing entitled the Flea.
In 1960 officially Fortress became recognized for relic and opened for tourists. The open  part of fortification to sightseeing is 10 %  of defensive object hugging the underground labyrinths of miners corridors as well as the lapidarium. Very curious part of Fortress is not accessible for tourists (kilometres of deep moats, casemates, sidewalks, dozen of bastons and the centrally laid donjon). Info: klodzko.pl